TV icon Larry Hagman, whose screen career spanned nearly 55 years, has passed away at the age of 81 due to complications from cancer.

And of course J.R. Ewing in both the original Dallas (1978-1991) and the reboot, which debuted last summer and will return in January.  At the time of his death, he had completed filming six new episodes. 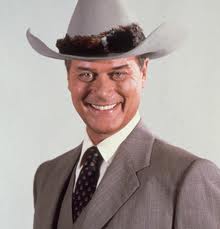 Posted by Your TV Tour Guide at 7:39 AM No comments:

Three new casualties of the fall season have come to pass ... 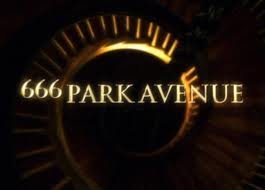 I had saved the first six episodes of this devlish series starring Terry O'Quinn and Vanessa Williams and finally buckled down to watch them recently.  It's a decent show, not necessarily "must-see" TV, but entertaining enough.  But alas, it is not meant to continue.  ABC will let it play out the 13-episode run, then Satan's posh playground will fade away. 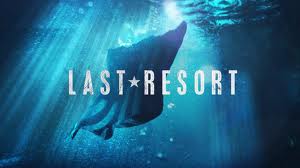 I had anticipated watching this series starring Andre Braugher and Scott Speedman but was unable to because of a crowded Thursday 8 p.m. time slot.  Kind of glad now that I didn't get committed cause it always hurts to have a show taken away so early on.  It's a shame ... I have heard that it's a strong show creatively.  It too will play out it's initial 13-episode run.  Upside?  I'm hoping Autumn Reeser will come back to Hawaii Five-0  in a more frequent capacity. 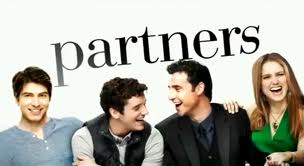 This is one series (starring Michael Urie and David Krumholtz) I'm actually not sorry to see go.  I watched the pilot and just had no love for it.  Gave it one more try but, no.  I'm never happy to see actors lose work, but this show just wasn't funny.  A very poor Will & Grace redux (same creators).

I had heard people talk about Breaking Bad over the years and not a one had an even close to bad thing to say about it.   But still, I never saw it as my cup of tea.  I mean I have heard amazing things about The Sopranos, The Wire and The Shield but have never had the desire to get into them (not to say I won't, because I do hear such great things about the latter two, especially).

But when I got season one of BB in a swag bag, I put it in a pile of DVDs for later viewing.  A few weeks ago later came around and, being such a short first season, I hunkered down and watched.

And it really is as good as everyone says, maybe better. I strived to zip through the Netflix discs of subsequent seasons, eagerly, hungrily awaiting the next until this past weekend, when I finally caught up with season five, part one.  Now I'm in the agonizing holding pattern with everyone else till the series - the end of the series, in fact - returns next summer. 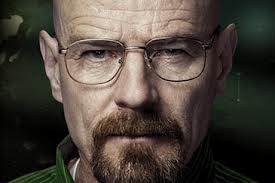 Breaking Bad is the story of Walter White (the ever-brilliant, Emmy-winning Bryan Cranston (Malcolm in the Middle), one of the most fearless actors out there), an underachieving chemistry teacher who, after being diagnosed with lung cancer, uses his expertise to begin cooking meth to get the money to pay for his treatments and provide for his family's future. 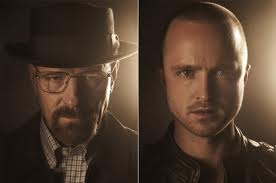 His partner in crime is Jesse Pinkman (the terrific Aaron Paul (Big Love), who just picked up his second Emmy for the role), a former student who was a small-time dealer till he hits the big time with Walt, but not without many consequences, pitfalls, losses, betrayals and a whole lotta pain.

Walt, a.k.a. "Heisenberg," is doggedly pursued by DEA agent Hank Schrader (Dean Norris, CSI, Medium), who just happens to be his brother-in-law: Hank is married to Marie (Betsy Brandt,Without a Trace, Private Practice), the sister of Walt's wife Skylar (Anna Gunn, Deadwood, The Practice).  I don't want to give anything away ... let's just say Skylar's existence in Walt's life is anything but easy. 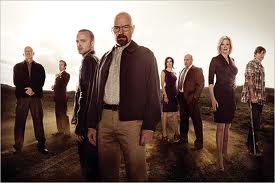 The show has had an amazing cast of regulars and guest stars, most notably How I Met Your Mother's Bob Odenkirk (Saul Goodman), Wiseguy's Jonathan Banks (Mike Ehrmantraut) and Revolution's Giancarlo Esposito (Gustavo "Gus" Fring).  The story moves at breakneck speed, often horrifying you with unspeakable images and scenarios.  It's violent, shocking and addictive to the most satisfying degree.

I can't really say much more with out giving away possible spoilers, and I won't do that to you.  What I will do is greatly urge you to submerse yourself in the world of Breaking Bad and see what everyone, now including me, are raving about.

Breaking Bad is available on DVD and through Netflix.  The second half of Season 5 - the show's last - airs summer 2013 on AMC.