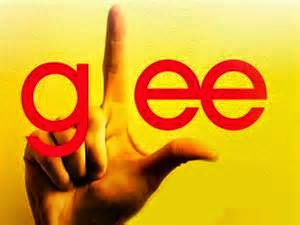 Alas, another of my series leaves the airwaves.

I loved Glee right from the start.  It had a great pilot episode, was well cast, covered a terrific variety of songs from all genres (including some amazing mash-ups), and really captured realistically much of the issues and angst felt by teenagers, both who do and don't fit the norm. 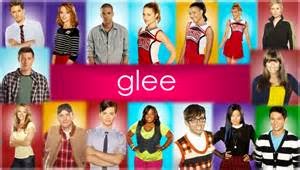 Overall, Glee had a strong run, adding in along the way talented new regulars like Darren Criss, Chord Overstreet, though it weakened when the original kids graduated from the fictional McKinley High in Lima, Ohio and a group of new kids were brought in to carry on the show choir torch, still led by choir director Will Schuster (Matthew Morrison) and tormented by perpetual villain Sue Sylvester (Jane Lynch).  The new kids were talented, for sure, but just like Saved By The Bell: The New Class, they just didn't capture the magic and gelling of the originals. 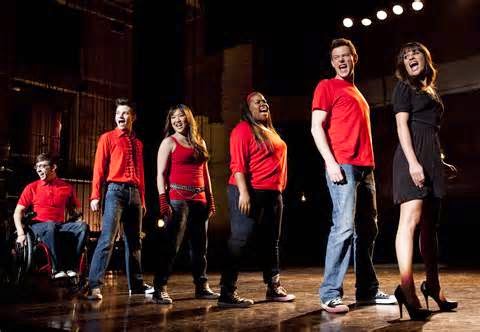 Eventually for its final season, almost all of the original cast - including Santana (Naya Rivera), Brittany (Heather Morris), Tina (Jenna Ushkowitz), Puck (Mark Salling) and Quinn (Dianna Agron) appeared throughout, wrapping up by bringing us full circle in last night's series finale: hour one took us back to the formation of the original glee club and showed us how this group of misfit kids came together despite their differences and perceptions of each other (six years later, the now-adult actors actually pulled off playing their younger selves really well).  Hour two took us to the future to see where they ended up five years later.

I appreciated how Glee tackled issues like bullying, homosexuality, low self-esteem, cliques, and death, among others.  Especially poignant was how the death of star Cory Montieth was handled following his passing from drug abuse.  It was a fitting, touching tribute to the young actor. I always wrestled with the Sue character - how truly hateful and monstrous she could be and wasn't even a character you loved to hate, but they would throw in occasional moments that showed she did have a heart, so I overall felt divided with her.  But there were enough positives to make you accept any negatives that come with any long-running series.

For the most part, I really enjoyed this show and I will truly miss it.   Its characters, its music ... its glee. 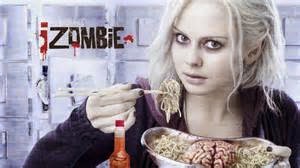 I preface this review with saying I am a huge fan of Buffy The Vampire Slayer and Veronica Mars, two shows the CW's new series iZombie has been compared to early on.  Is it as fun and entertaining as those predecessors? Let's see ...

iZombie, developed by Rob Thomas (creator, Veronica Mars) and Diane Ruggiero (writer on VM)  is a loose adaptation of thecomic book series of the same name created by Chris Robertson and Michael Allred and published by DC Comics' Vertigo imprint. It stars Rose McIver (Masters of Sex) as Olivia "Liv" Moore, a medical student who, in a wrong-place-wrong-time scenario, becomes a zombie during an outbreak at a party.  Her new hunger for brains comes in handy when she finds she's able to see the memories of those she consumes, as well as the skills and abilities they possessed in life - a talent she uses to help solve their murders with the help of the medical examiner Ravi (Rahul Kohli) and police detective Clive (Malcolm Goodwin, Breakout Kings). Also stars David Anders (Once Upon a Time, The Vampire Diaries, Alias) and Molly Hagen (Herman's Head). 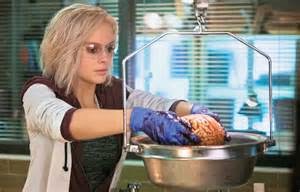 First, this show has an awesome opening title sequence that brilliantly compartmentalizes Liv's zombie origin and current position in life, done in comic-book graphics.  Second, even though this is yet another show with much voice-over by the lead character, it's not surprising here, given that Thomas did the same thing with VM.  It works strongly in both cases since both female leads have such a sassy and snarky disposition.

The similarities between iZombie and Veronica Mars are actually numerous: the aforementioned spunky, intelligent, sleuthing lead female, the terrible-thing-happening-at-a-party (SPOILER!! - Veronica was drugged and raped at a party she went to; Liv ... was killed and became a zombie), the pop culture references, the fast, quippy dialogue ( love the line "So you are what you eat isn't just a bitchy thing my mother says about fat people").

I like the physical transformation they've created for Liv, from normal, healthy-palor and dark blond hair to albino-like white hair and colorless skin (above is just post-death).  It's weird to her family and friends but not so weird you'd suspect she's the living dead.  Unlike the typical zombie we've some to know from Romero films, The Walking Dead, etc., Liv is fully functional, has all her faculties and fits in to society like a normal person ... she just happens to live for brains (hey, at least she mixes them with noodles and hot sauce). 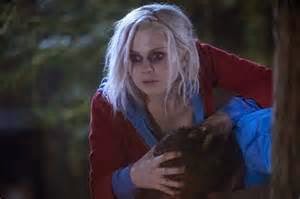 I really liked the pilot and this show definitely fits into the CW's landscape, which features other other-wordly creatures like angels, demons and monsters (Supernatural), vampires (The Vampire Diaries), superheroes (Arrow, The Flash) and virgins who get pregnant (Jane the Virgin).  Tee hee.

Having Liv work in a morgue is a smart move, giving her an endless supply of food and also a convenient outlet for her new gift. The supporting characters are ok, but it's McIver's show, hands-down, though I anticipate more of Anders, who I hear is going to be the Spike of this show (loved his arc on Buffy).  I'm definitely on board for more iZombie.

BOTTOM LINE:  This show has bite!

iZombie airs Tuesdays at 9pm on the CW.

Posted by Your TV Tour Guide at 1:03 AM No comments: