Many a television series have I seen end their runs, and I've definitely shed a lot of tears over quite a few finales that have been done well.  But having been with NBC's brilliant Parenthood from the very start and having watched this final season unfold knowing a little of what they had in store for us, I must say I had a full box of tissues at the ready and warned people seeing me tomorrow morning that I'd likely have very puffy eyes from bawling over the finale.  *sniff* I wasn't entirely wrong.  I certainly cried.  But I also laughed and sighed and was thoroughly uplifted. 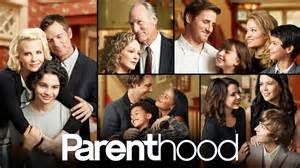 First, let me know advise, nay, BEG you all to go back and watch Parenthood - based on the 1989 Ron Howard film starring Steve Martin - from episode one (seasons 1-5 are available to stream on Netflix) because it is one of the best family dramas ever done.  A terrific, solid cast of veterans became the Bravermans, including Craig T. Nelson (Coach), Peter Krause (Six Feet Under), Lauren Graham (Gilmore Girls), Monica Potter, Bonnie Bedelia, Dax Shepard, Erika Christensen, Joy Bryant, Sam Jaeger, Mae Whitman, Ray Romano (Men of a Certain Age) and a great group of young actors (Max Burkholder, Savannah Paige Rae, Miles Heizer, Tyree Brown, Sarah Ramos, and Xolo Mariduena) we've watched grow up before our eyes.  Full of humor as well as drama, you truly feel like you're watching a real family deal with a slew of issues and problems but also laugh, celebrate and triumph together.  Breast cancer, sex, marital problems, Asperger's, the poor economy, pregnancy (unexpected and later-in-life), homosexuality, adoption, bi-racial relationships, bullying, PTSD, and finally, death - this show has tackled it all with precision, perfection, realism and heart. 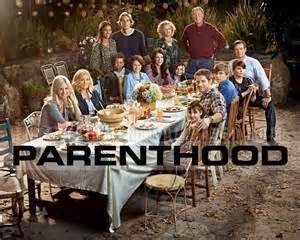 I'm not going to go into detail about what happened in the finale, except to say that it was exceptional - funny, sad, heartwarming and capped brilliantly, taking a cue from the amazing Six Feet Under finale (which I'm sure made Krause smile) by ending in a similar way: a montage giving us a look into the future to see how the Braverman clan grows and where each branch goes in their respective lives.

I am so glad NBC stuck with this series despite never being a ratings darling, and gave it a chance to have a proper ending.  It's a gift I and many other fans are grateful for.  I can't stress enough how good Parenthood is, consistently episode to episode.  I will truly miss my nights with the Bravermans, and hope many more people discover them and join the extended family of fans that I'm proud to be a part of.

Adieu, Parenthood.  I *sniff* miss you already.
Posted by Your TV Tour Guide at 11:05 PM No comments: 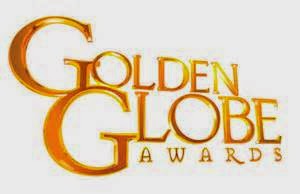 Congratulations to all of tonight's winners in the TV categories at the 72nd Annual Golden Globe Awards!


On a side note, kudos to The CW not only for their first win (go, Gina!) but also for the early renewals of Supernatural, The Flash, Arrow, The Vampire Diaries and Jane the Virgin (also Reign and The 100)!

Posted by Your TV Tour Guide at 8:55 PM No comments: 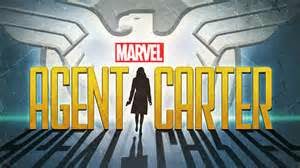 On the big screen, Marvel can seemingly do no wrong.  On the small screen, Marvel's Agents of S.H.I.E.L.D. has gained momentum and seems to finally be coming into its own with stronger, more exciting storylines and action.

Now, during S.H.I.E.L.D's winter hiatus, ABC is re-introducing us to Peggy Carter, the beautiful-but-tough-as-nails S.H.I.E.L.D. agent we first met in Captain America: The First Avenger in Marvel's Agent Carter.  I love me a strong female character who kicks ass in any capacity, so how does Peggy measure up? 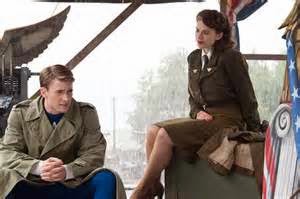 The great thing about Marvel owning their own stuff is that they can use it in any way they see fit, so I loved seeing the footage of Captain America in various scenes from The First Avenger in a nifty opening montage, showing Peggy's life then and now and how she's coped (or not?) with the loss of her (potentially) great love Steve Rogers (Chris Evans), who (SPOILER ALERT!) seemingly died at the end of the film (Of course he was found frozen in ice decades later, awakened and later reunited with Peggy and shared a sweet relationship with her in her final, elderly years).

Before Agent Carter, there was another spy series that centered around a formidable woman, Alias, starring Jennifer Garner, which, at least in its first couple of seasons, was awesome (and recommended by me for binge-watching), with terrific action sequences, lots of costume changes, bits of humor and wit, and of course tension as Garner's Sydney Bristow tackled with not getting caught in her double life. 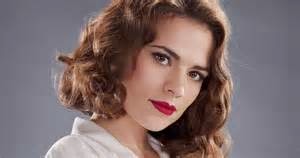 Agent Carter has many of these same elements, and Atwell is good in the role.  She wears the style of the 40s well, red lips and all.  The character definitely fights an uphill battle daily against most of her male colleagues as they demean and degrade her importance and relevance, and you feel for her and root for her to stay strong, which she does.  I like that we get to meet the man who inspired Howard's son Tony Stark's (played by Robert Downey, Jr. in Iron Man and The Avengers) computer attache Jarvis - here he's Howard's butler Edwin Jarvis (James D'Arcy, Broadchurch), who is a bit of a prim-and-proper comic sidekick for Peggy.

I wish I could say I loved the pilot, but I didn't have as much fun or get pulled in as much as I'd hoped to.  Admittedly, while I acknowledge this is still within a comic book-esque universe, the supernatural elements thrown in kind of seemed out of place here.  And honestly, though the character of Peggy Carter is one to admire as a strong woman in a very-much man's world and one that makes sense to have a series created around, I just don't think she works well as the lead focus of a series, but rather as she was originally established - the companion, the supporting character ... in the case of the Marvel Universe, as Steve Rogers' femme fatale.  I can name other female spy series that work better, at least for me - the aforementioned Alias, the CW's Nikita, and USA's recently cancelled Covert Affairs.

Since this is a short-lived series, and because it may set up important information within the Marvel Universe films and on S.H.I.E.L.D., I'll watch it in its entirety and hope that I get into it more.  But it falls short of being a winner and must-see draw for me.

Posted by Your TV Tour Guide at 9:11 PM No comments: