That's How You Do a Finale! - Being Human 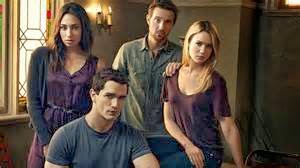 I was worried, then scared, then my heart broke, then it soared, then I cried, then cheered.  All this means the series finale of SyFy's Being Human was fantastic!

Right off, we heart-breakingly lose Sally (Meghan Rath), who selflessly sacrificed her spirit self to keep Aidan (Sam Witwer) - entranced by demon-child Ramona (Helen Colliander), who was the personification of evil trapped in the house our quartet has lived in throughout the series - from killing Josh (Sam Huntington).  Sally's final act makes Aidan human, something he hasn't been for centuries.   Helluva gift, but then, Sally loves Aidan, so it was worth it.

Aidan embraces his renewed humanity, which includes copious amounts of cheeseburgers, until he learns his new life comes at a cost:  he quickly learns he has the body of a 90-year-old and has little more than a week to live.  He's terrified to die - he was, after all, a vicious killer during his vampire tenure - so he begs another vamp to turn him.  Josh stops him, though, and convinces him that he WILL move on in death (which, for this show, appears as a door to walk through).

When Ramona continues her house-bound killing spree, Aidan makes a sacrifice of his own, burning the house down with Ramona - and himself - inside, destroying her once and for all.  Josh and wife Nora (Kristen Hager) - they're werewolves) - arrive to find the burned shell of their former home - and Aidan's ghost.  Friends reunited!  I was happy for this, but not as happy as when Aidan's door arrives ... with Sally waiting for him on the other side!  She wasn't destroyed after all.  She just went on to wait for him.  *sniff*

The episode ended with  Josh and Nora lying blissfully in a field, having dreamt of the four friends living together happily in each coupling.  We then meet their two children - son Aidan and daughter Sally - and fade out to the sound of playful laughter.

A happy ending.  Love it!  Thanks, Being Human, for doing a finale ever so right.

Posted by Your TV Tour Guide at 8:32 PM No comments:

So How Did They End? - Psych and HIMYM

They are now gone but will not soon be forgotten.  But were the finales satisfying?  Did they pay off after their long runs?  Some series for me have gotten the endings just right (Breaking Bad, Six Feet Under, Buffy, the Vampire Slayer), others not (Quantum Leap, Dexter, St. Elsewhere). So how did we say goodbye to Psych and How I Met Your Mother? 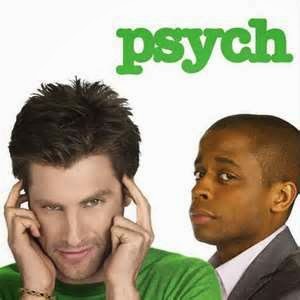 
Psych's finale was awesome!  The happiest of endings, with Shawn (James Roday) finally moving north to be with his love Juliet (Maggie Lawson).  The whole episode had Shawn building up to make the move, leaving lifelong bro and bestest BFF Gus (Dule Hill) behind, and technically he did.  But Gus, realizing he had a friendship "for the ages," quit his job - well, eventually did after changing his mind 12 times - and followed his pal to San Francisco to continue their adventures.

Shawn's adorable proposal to Juliet at the end of the episode was long and wordy but in the most adorable way - we, along with Juliet just wanted him to friggin ask! - but most importantly was when he asked Juliet if she would "marry us - well, mostly me, but Gus will always be there."  Juliet always knew Shawn and Gus were a package deal in her future, and she (and we) wouldn't have it any other way.

I do wish the whole gang, including Lassiter (Timothy Omundson) and Shawn's dad Henry (Corbin Bernsen), could have been together in the end, but Shawn's moving on with his life with them behind in Santa Barbara is something I can live with. 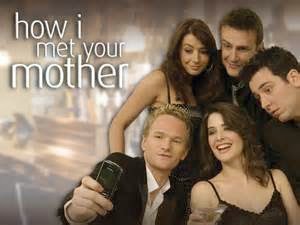 I'm still digesting the finale of this wonderful show, which bowed out just hours ago.  Admittedly, it did not go entirely where I expected it to.  For weeks we speculated that the Mother - whose name is Tracy McConnell (Cristin Milioti) - had passed on, and it did indeed turn out that way.  What I didn't expect is that Ted (Josh Radnor) would eventually find his way back to his first true love Robin (Cobie Smulders) ... with his kids full blessing and encouragement.

I've read a lot of comments online, and a lot of people are calling this a terrible ending, hating it thoroughly.  I don't feel that way.  I am disappointed that they chose to have Tracy die - Milioti and Radnor had perfect onscreen chemistry and made an adorable couple.  But the show over the nine seasons always had a back-and-forth tug between Ted and Robin, so having him come full circle to be with her (six years after Tracy's passing - a very fair mourning period), even calling back to their first date, blue french horn and all, was something I can live with.

Harder to accept was Barney (Neil Patrick Harris), having accomplished his "perfect month" (31 women in 31 days), finding out that "Number 31" was pregnant.  So he becomes a dad and finally finds the truest love of his life (yep, he and Robin get divorced after just three years of marriage) in his daughter.  The fact that on the day she is delivered he is still calling the mother of his child by her number is insulting, even for eternal cad Barney.  It goes on to show that he is very much in his daughter's life, but unclear if he has joint custody or he is living with the mother (if that's the case, to still not call her by name ... really?).

Lily (Alyson Hannigan) and Marshall (Jason Segel) were still together, happy and procreating.  Still one of TV's best marriages.

I really enjoyed how the episode played out, taking us through moments over the years leading up to the year 2024.  It was very realistic how they incorporated changes in each of the characters' lives, the progression of their relationships, families and careers.  Life isn't always sunshine and happiness, and HIMYM has brilliantly incorporated moments of sadness and heartbreak while not pushing us into super-drama territory.  So this ending had that and, while it's not the ending I wanted, I can accept it.

I still wish Tracy had recovered and had a long, loving life with Ted.  But at least they shared a great love in for a time, and that's what counts - and what we're meant to take away:  love who you love as much as you can for as long as you can.

Posted by Your TV Tour Guide at 9:36 AM No comments: