I'm On Board with Empire 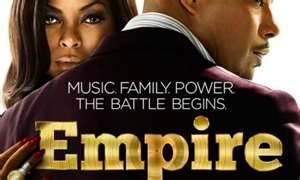 Though summer means many of my shows are gone for months, it does allow for the opportunity to catch up on ones that were missed in the vast ocean of programming.  One such show I've been binge watching this week is FOX's breakout hit Empire.

Music titan Lucious Lyon (Terrance Howard, Wayward Pines, Law & Order), diagnosed with a debilitating disease, is determined to groom on of his three sons - Andre (Trai Byers, 90210), Jamal (Jussie Smollett, On Our Own), and Hakeem (Bryshere Y. Gray) - to take over and run his multi-tiered company, Empire (think a modern take on King Lear).  He must also contend with the return of his wife Cookie (Taraji P. Henson, Person of Interest), who has been released from prison after serving 17 years for drug dealing. Cookie wants her cut and to be a part of her sons' lives once again.

This show is definitely engaging with plenty of drama, back-stabbing, infidelity, homosexuality, intense relationships, and definitely sass.  Henson is fantastic as Cookie, a woman who can elevate you to your best if she's on your side and cut you down if she's not. 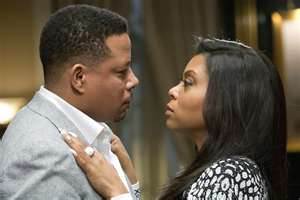 Howard and Henson have great chemistry, both when they/re loving and fighting. The supporting cast is also quite good, particularly Byers, Smollett and Gray - very believable as brothers.

Also fantastic is the music.  Rap and hip hop are not my usual cup of tea, but I definitely am looking to download some of the songs featured.  I like that the television landscape includes shows like Glee (sadly, now gone), Nashville and Empire that weave new music seamlessly into the storytelling.

Empire's pace is fast and a lot happens in each episode, which I like a lot. There's a great twist at the end of the season that changes the game and sets up an interesting future.  Empire has great guest stars, including Judd Nelson, Naomi Campbell and Gabourey Sibide, and looks to feature many music artists (Courtney Love had a nice two-ep arc; Snoop Dog also dropped in) in seasons to come.

I'm glad I gave Empire a look and will greatly anticipate its second season.

Empire returns to FOX this fall and is currently available on Hulu.