Nostalgic for your old-time favorite TV shows?  Welcome to ME-TV!

The cable channel ME-TV (Memorable Entertainment Television)  presents a wide variety of  classic, iconic series that so many of us grew up with and have defined pop culture and television for decades.

Shows currently in the channel's ongoing lineup include comedies like M*A*S*H, Cheers, I Love Lucy, The Bob Newhart Show, The Honeymooners, My Three Sons, The Mary Tyler Moore Show and more.  Dramas include the original Hawaii Five-0, Emergency!, Perry Mason, The Big Valley, Star Trek, Columbo, Route 66, The Twilight Zone, The Fugitive, The Rockford Files and The Untouchables, among many others.

Give a watch and let the memories roll in!

To find ME-TV in your area, visit www.metvnetwork.com and enter your zip code in their provider finder to see where you can watch in your area. Follow the link to your local affiliate's website for local broadcast, cable and satellite distribution information.

TNT - Have a Blast With These Fun Shows

TNT is on fire with two shows, one of which I have been with since its premiere, the other I have heard of but only recently watched and liked. 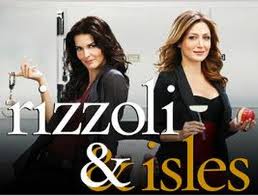 This show was a winner for me from the get-go.


Here's the lowdown:  Based on characters created by best-selling crime novelist Tess Gerritsen, Rizzoli & Isles stars Angie Harmon as Jane Rizzoli, a tough-as-nails Boston police detective, and Sasha Alexander as Maura Isles, a smart, impeccably dressed medical examiner from a privileged background. Despite being complete opposites, the two women share an offbeat chemistry and strong working relationship that has helped them bust some of Boston’s most notorious criminals.


I love the unlikely, how-on-earth-are-these-two-women-friends? friendship because Harmon and Alexander really pull it off.  Their chemistry is undeniable and I really like the way the show usually bookends each episode with them, the opener just a small vignette in their lives/relationship, the closer wrapping up with a nod to what's happened in the hour and how they've been affected.

The show does have moments of real drama, from Jane dealing with trauma caused by a criminal from her past (who recurred over several episodes) to Maura dealing with having a mob boss for a biological father to a real falling out between the two friends.  They eventually made up and are back in fine, fun, banter-filled form. 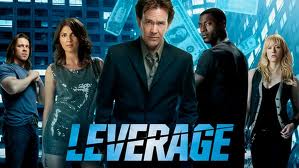 This show has been on for a while but I wasn't really drawn to it.  It did have actors I've seen on other shows I love (Angel, Supernatural) but wouldn't necessarily follow over to this show.  But the other day I had it on in the background and little by little I caught moments that had me laughing out loud.  Plus I love the heist genre, and so I gave another episode a viewing.  Now, me likey.

Again, great cast chemistry is key and each character fills an important role to the overall team, making it a solid unit.  It's a great balance of action and humor, a combination I love in other shows I watch, including Hawaii Five-0, Castle and Psych.

That's my opinion.  Now give these series a watch and see if you agree.  Way to go, TNT!