Reviews - Blood and Oil and Quantico

ABC premiered two new dramas tonight, Blood & Oil and Quantico, launching them after the return of the fantasy drama Once Upon a Time.  Are both worth adding to your DVR season passes? 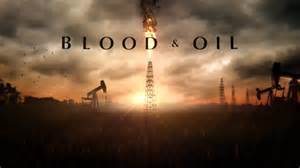 THE LOWDOWN
Billy and Cody Lefever (Chace Crawford, Gossip Girl, and Rebecca Rittenhouse, Red Band Society) dream of a new life and move Bakken, North Dakota, the home of the biggest oil discovery in American history. They’re soon pitted against a ruthless tycoon Hap Briggs (Don Johnson, Miami Vice) and his wife Darla (Amber Valleta, Revenge), who force them to put everything on the line, including their marriage. Co-starring Delroy Lindo (The Chicago Code) and India de Beaufort (Jane By Design, One Tree Hill).(Synopsis details courtesy of ABC).

Bakken may be the hottest boom town - where "you either have two jobs or two homes" - but it's not without it's tensions, danger and debauchery.  The Lefevers are definitely fish out of water that are going to have to learn to bite very quickly to survive and thrive, especially against the Briggs family, which includes son Wick (Scott Michael Foster, Chasing Life), who has a hot head, a screw-you attitude, hates stepmom Darla and is a lifelong disappointment to his father. 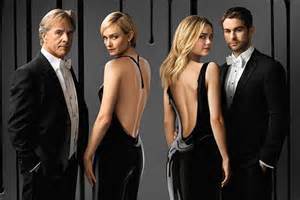 When they began promoting B&O, I was sure this was going to be the new Dallas (or new new Dallas - really liked the return they did a couple of years ago that ended too soon and with no proper ending) with warring families, wealth from oil, lots of sex and sneering, but it's not.  Dallas was bigger, this is grittier.  And Johnson ain't no J.R. Right away he doesn't seem like the bad guy.  He seems to genuinely care about the oil business and doing it right and not so much about amassing crazy money.  But that is just my first impression.  I won't be surprised if that changes.  Too bad the show doesn't take place in Texas - Crawford is making the most of his natural Lubbock accent. Valleta made me feel like she is trying to channel Robin Wright's House of Cards character (her look, too), but with none of her bite.  Foster plays the bad boy well enough, if not a little too strong and predictable.

Promotion has said B&O will help fill the void left by last year's Revenge finale for those of us her were fans, but I'm not there right off the bat with this show as I was with Revenge, which had a great start right out the gate.  This pilot is a slower burn, which isn't a bad thing. Definitely not what I expected going in.  Had some plot points that I called a mile away, which always disappoints (Billy and Cody are buried in debt, are risking everything, so of COURSE she learns she's pregnant), but the ending had some spark. Ultimately I'll probably give it a handful of episodes before committing or dumping, but it didn't wow me.
BOTTOM LINE:  Could be slicker. 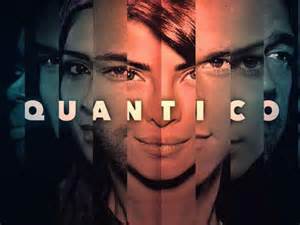 THE LOWDOWN
Meet the FBI's newest recruits - including Alex Parrish (Bollywood star Priyanka Chopra), Ryan Booth (Jake McLaughlin, Believe), Nimah Anwar (Yasmine Al Massri, Crossbones), Shelby Wyatt (Johanna Braddy, UnREAL), Simon Asher (Tate Ellington, The Mindy Project) and Caleb Hass (Graham Rogers, Revolution) - entering the intense training program at Quantico. They are the best, the brightest and the most vetted, so is it possible one of them could be the mastermind behind the biggest terrorist attack on NYC since 9/11? Co-starring Miranda Shaw (Aunjanue Ellis, NCIS: Los Angeles). (Synopsis details courtesy of ABC).

Unlike its lead-in, Quantico had a great start with a really strong introduction of its various lead characters, especially Chopra, who was given a fantastic monologue showing off her character's incredible profiling ability.  The pilot jumps back an forth from the present day explosion at the fictional Grand Central Terminal in downtown New York to the first day of training in Langley nine months earlier.  The show sets up the conspiracy chasing right away, with Parrish being called on to give intel on her classmates to determine the terrorist within her own.

This show is a little Grey's Anatomy, a little Rookie Blue, probably a mutt of several other ensemble procedurals.  There's a nice, diverse balance of men and women leads, and how cozy that their characters live in coed dorms at Q - no chance there's going to be any hooking up this season, is there? (Check the first one off - Parrish and Booth got it on big time in his car just an hour or so after meeting). There was a fun montage of each recruit - per an assignment from their instructors - investigating each other, from searching each other's rooms, to calling various sources to, checking them out on social media. I particularly like the motivation behind the Wyatt character - her parents were on one of the planes hijacked on 9/11 and she carries a piece of the plane with her everywhere.

And of course they teased that each may have something to hide - that is, after all, the key plot point.

We've seen Quatico portrayed in snippets before in movies like Silence of the Lambs and Rush, but it's cool to spend more time with the recruits as they are trained over a period of time.  I understand the need for the attack and the conspiracy - it raises the stakes - but I think I'd like the show if, like Grey's Anatomy, we just followed the training and all the relationships, challenges, successes and failures that happen within the Q walls.  But so far I like the show - hell of a twist at the end of the first episode - and am interested to see where it leads and who the bad guy or gal turns out to be (and if it will be by season's end).

BOTTOM LINE: Has arrested my interest.

Blood & Oil and Quantico air Sundays at 9pm and 10pm on ABC.